A few members of the Club took on the annual Rottnest Channel Swim on the weekend in solo, duo and team swims. I was lucky enough to be at the start of the Rottnest Channel Swim on Saturday. If you have never been to the start of this event I highly recommend it. The spectacle of the craft on the water stretched as far as you can see, the Leeuwin at the 1.6km mark, the excited throng of swimmers waiting to start, the different get-ups that swimmers and support crew have to help locate each other. It is indeed a spectacle.

There seemed to be so many Mullaloo families and friends hanging around the start which made for a great atmosphere. The conditions were tough, with quite a few queasy stomachs in the water and on the boats.
Solo swimmers:
Duos:
Teams:
Shout out too to those who gave it a crack but for one reason or another didn’t make it.
All swimmers had their support team and there were paddlers, skippers and feeders who played an important role in getting their swimmers across the channel.
(Hopefully, I haven’t missed anyone – apologies if I have – let the club know and we can recognise you next week)
Dawn Jones 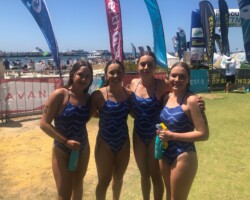 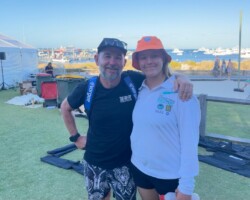 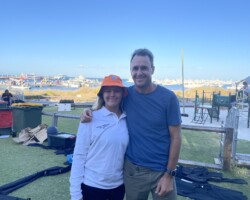 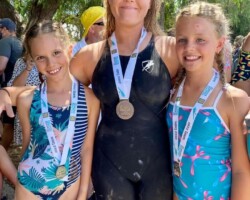 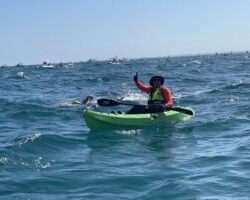 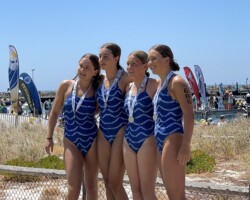 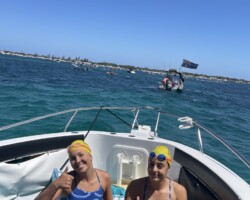 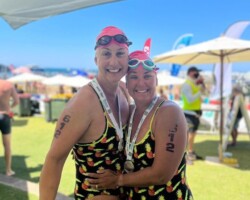 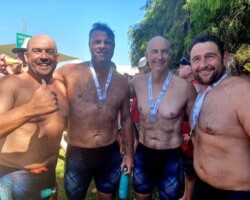 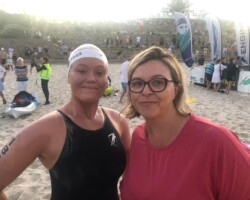